Not kids but adults also love to watch best animated movies, these animated movies have a deep relation with old memories. And that’s why these movies are more entertaining for adults. Best Animated movies not only provides entertainment to kids but also have a little lesson for kids.

In this article, I will tell about 15 best-animated movies for kids,  This list contains comedy, musical, adventure and action animated movies. And I think these are the best animated movies to watch with family and get entertainment. I hope these movies refresh your kids and bring your child closer to you.

Frozen 2 is one of the best American animated movie produce by Walt Disney Animated Studios. The story consists of two major characters Elsa and Anna. Elsa is a snow queen and she has the power to create and ice and snow. Elsa has unsettled in her village and moves towards the forests and dark seas from there his adventure life starts.

This is a story about little boss kids who knows better how to handle a more difficult situation in a chill mood. Actually this baby is a secret agent who disguises himself to complete its mission. This animated movie is mixed with emotion, action, and fun. I think this is a best-animated movie to watch with family.

Cinderella is an animated movie, that tells a deep lesson. It’s a story about a young girl who falls in love with the prince, but his cousins hats her and don’t allow her to meet with the prince. Finally, a kind-hearted magician helps her and she finally meets with the prince and married him. This is an amazing story kid will love the animation in this movie.

This movie is about a penguin, a young penguin who lives a very happy life in Antarctica, but he has a problem. All other penguins can sing very romantic and charming songs but he can’t sing-song. This story is full of emotions but it has a very happy end. Your kids will enjoy it more.

5- How to train your dragon

This is an amazing action animated movie. It shows the love between a human and a dragon. In this movie, a person must kill a dragon to prove himself a man in his tribe. But instead of killing, they both become true friends. This is the best emotional and true friendship movie for children to watch.

Tangled is an American animated movie, in this movie, there is a little innocent girl with long hairs, she is locked by her mother. She wants to escape from the lock-up and go outside the world. Finally, her dream became true when she meets a good-hearted thief. This animated movie contains an amazing loving story with a lot of emotion and adventure.

This is a story of two siblings, a younger brother named Ben blames to his little sister for the apparent death of his mother. This animated movie shows a very deep lesson pointing towards the realities of life in a very sooting way. This one is also the best kid movie.

8- Beauty and the Beast

The best emotional movie also full of adventure and finally a happy ending. Belle is a cute girl her father is locked up in a dark building by a creature. She tries her best to escape her father from this monster but finally, she learns that this is not a monster actually he is an enchanted prince who has been cursed.

This animated movie is one of the most emotional movies which contains a very deep lesson for everyone. In this story, a little Simba is forced to leave the lands of his father who is murdered by his atrocious Uncle. After, many years when he becomes a young lion he returns back to his kingdom to reclaim his throne.

Toy Story is a very popular cartoon movie that contains a classical adventure and fun. A toy called Forky joins Woody and his gang to explore a world. If you and your kids want to watch a funny movie then this one is the best option for you. Toy Story 4 is a best-animated movie for family entertainment.

An amazing adventurer movie about a daughter and father, both live on an island. Moana a daughter of chief Tui is an adventurous teenager who is inspired to leave safety and do very dangerous works. This is a musical adventure film. 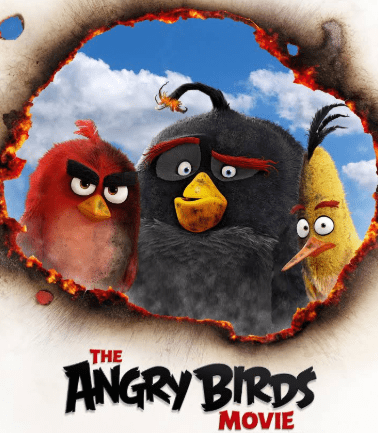 A classical and most likely animated movie which is full of fun and entertainment. This is one of my favorite and the funniest animated movie. In this movie, there are few angry birds who fight with green pigs to save their community. I recommend you to just watch this movie, not kids but adults will also entertain by this masterpiece.

A story about a little cute fish who wants to explore the world beyond his home shell. Nemo faces many challenges and faces dangerous sharks. Finally, he meets with a most loveable partner a blue fish named Dory. Dory suffers from short term memory loss. This is a very perfect movie for little kids.

This consists of a story about an 11-year-old girl named Riley who enjoys her life in his village. When she knows that her parents are moving to another city. Riley became sad and shows its anger. This one is a more powerful movie contain a deep message and I think this one is a tearjerker for more sensitive kids.

A story about a Persian rat named Remy. Remy is a person rat and he loves to eat. But this is a special rat he doesn’t eat normal things. He wants to become a famous chef. This one is also a funniest animated movie. Ratatouille is the best movie for those kids who love pets.

What do you think?

Sorry. No data so far.

Back to Top
Close Create

Your password reset link appears to be invalid or expired.