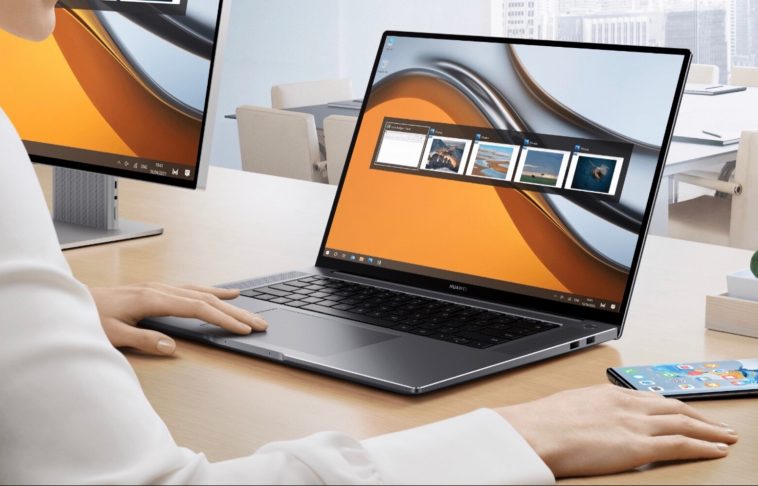 Huawei has just launched its 16-inch MateBook laptop that is powered by AMD’s latest H-series APUs. The laptop is a good balance of performance and portability, despite its top-of-the-line processor and other high-end specifications.

The Huawei MateBook 16 incorporates a 16-inch IPS display with a 3:2 aspect ratio, 2520 x 1680 pixels resolution and 189 pixels per inch. It supports HDR (8 bit + FRC) and offers outstanding color calibration (deltaE less than 1). The brightness, however, is disappointing, as it only reaches a maximum of 300 nits. 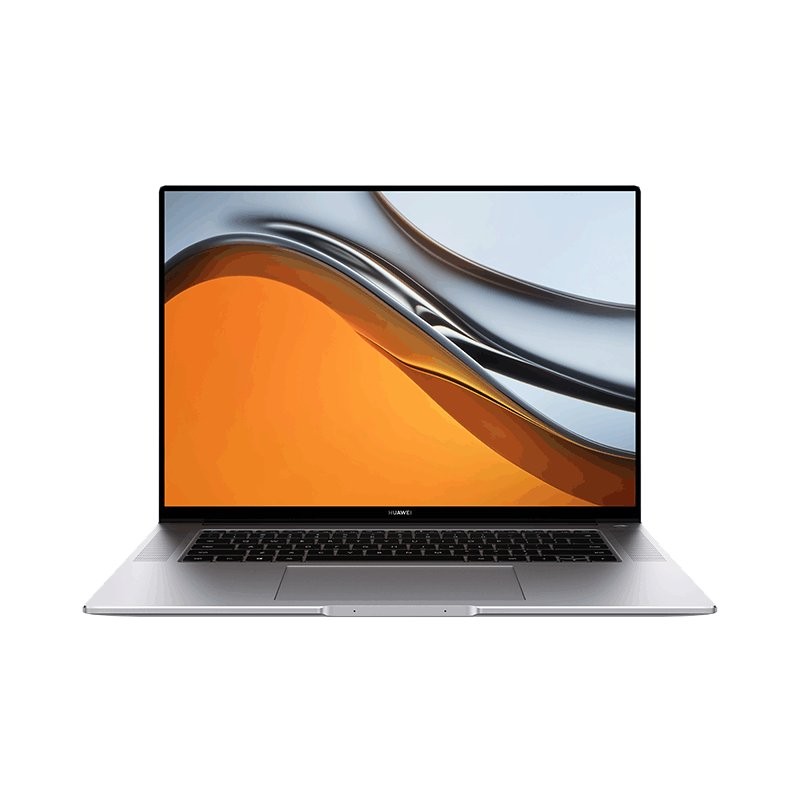 Although it is a 16-inch laptop, the Huawei MateBook 16 does not include a numeric keypad. Furthermore, navigation keys, such as Home and End, require the Function key, which makes sense on a laptop with a 16-inch screen, but does not make sense on a 13-inch screen. A backlit keyboard is enclosed within stereo speakers. 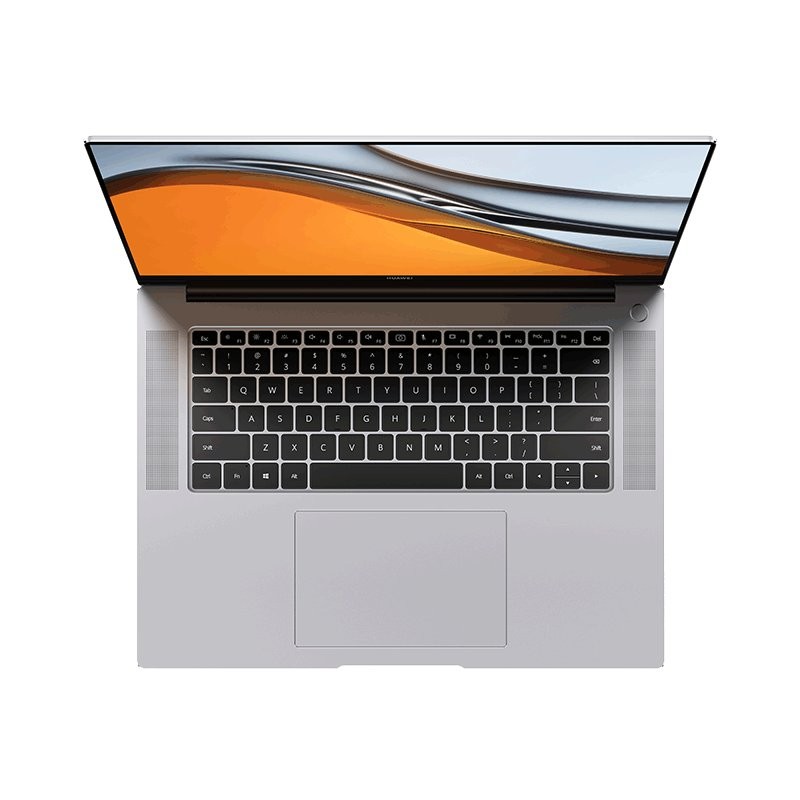 This laptop features a glass touchpad, as well as a fingerprint sensor built into the power button. The MateBook 16 is equipped with a decent selection of ports. It has two USB-C ports, two USB-A 3.2 Gen1 ports, a full-size HDMI port, as well as a 3.5 mm headphone jack. However, there is no Ethernet jack onboard, but you do get Wi-Fi 6 for fast wireless connectivity. Additionally, it does not come with a memory card reader, so what is the purpose of all that extra space? 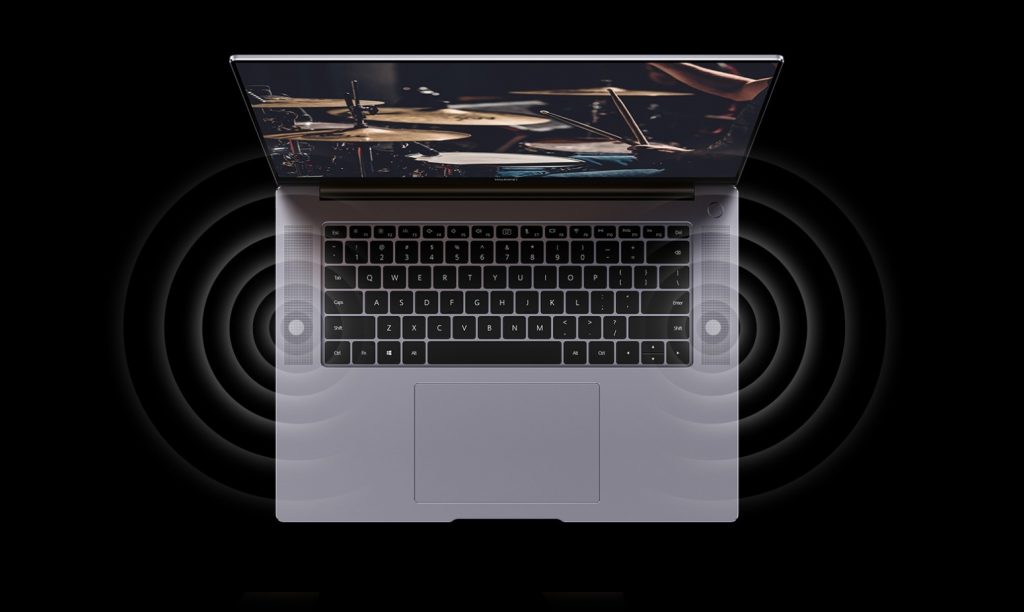 The laptop is available in two configurations:

Each processor is built on 7nm parts and is based upon the Zen 3 architecture. Both are capable of running the laptop in a 54W performance mode that can be launched by pressing Fn+P on the keyboard.

In order to maintain the APU’s temperature at a reasonable level, the computer has a dual-fan system that keeps them running cool even in the high TDP mode. This system includes two 2 mm heat pipes which are connected to heat sinks that are designed as shark fins. 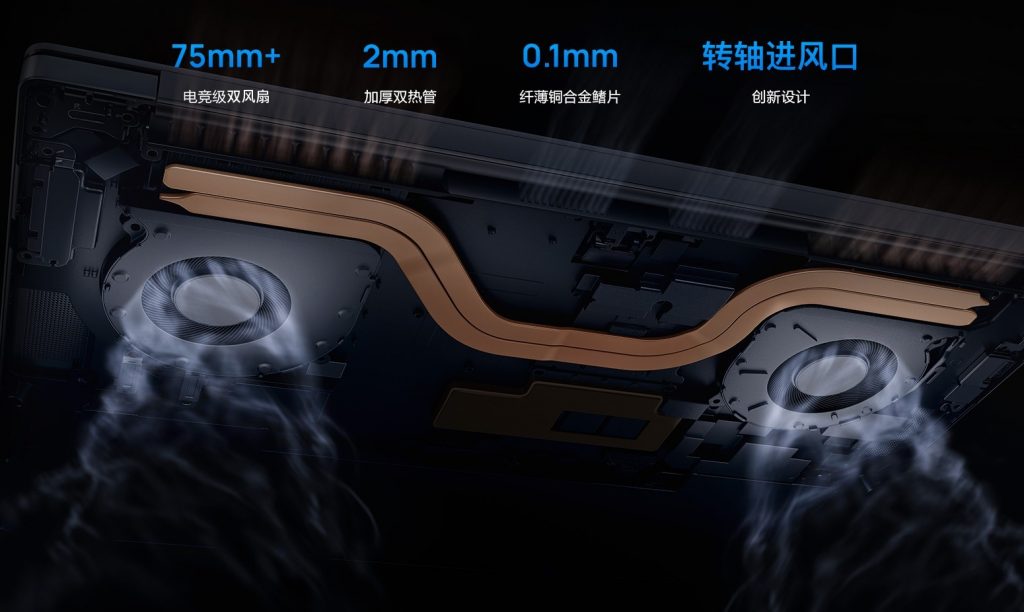 The laptop does not support external graphics cards. However, its built-in Vega GPU is fast enough to handle most common tasks that do not involve gaming. Regardless of which APU you choose, you will receive 16 GB of dual-channel RAM and an NVMe SSD. However, you will only be provided with one SSD bay.
Windows 10 is pre-installed on the device, as well as a suite of Huawei Share features that integrate with other Huawei devices.

The Huawei MateBook 16 is equipped with a powerful 84-watt battery, which can support the playback of 1080p+ video for 12 and a half hours. The battery is monitored by temperature sensors, which can shut down charging if the device becomes too hot. It is supplied with a 135W charger and supports Huawei’s SuperCharge technology.